Sourcing hard to find and obsolete electronic components is our business. Call or send a QUOTE REQUEST below to connect with our experienced team.

We are a Veteran owned leading supplier of hard to find and obsolete electronic components.

Our facility warehouses thousands of line items, shippable same-day. Our experienced staff coupled with our many qualified trading partners will give our customers priority access to discontinued, long lead time components worldwide. 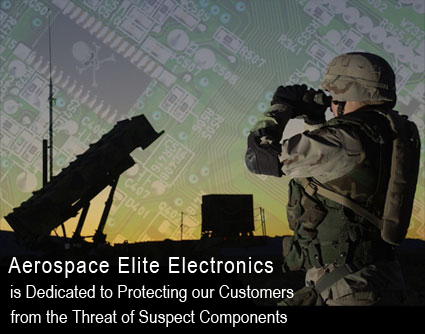 Founded in 2001, we are your AS9120B with ISO 9001:2015 certified and ANSI/ESD S20.20-2014 certified electronic component distributor and we look forward to fulfilling your procurement needs.

We stock and source high-quality electronic components for both large and small businesses. Send your request for quote and one of our team members will be in contact with you. Payments can be made on Credit Card and we are available during normal business hours to speak about your needs and requirements. 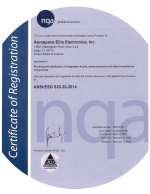 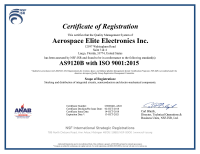 That is exactly what we excel at, finding those obsolete and hard to find electronic components. Try our Quick Quote form below.

Let us know the components you are looking for, lead time requirements as well as quantity and cost target and our team will get working on your request. After submitting your part request information, our team will follow up ASAP. For quickest response during business hours, give us a call at 727-394-9000. 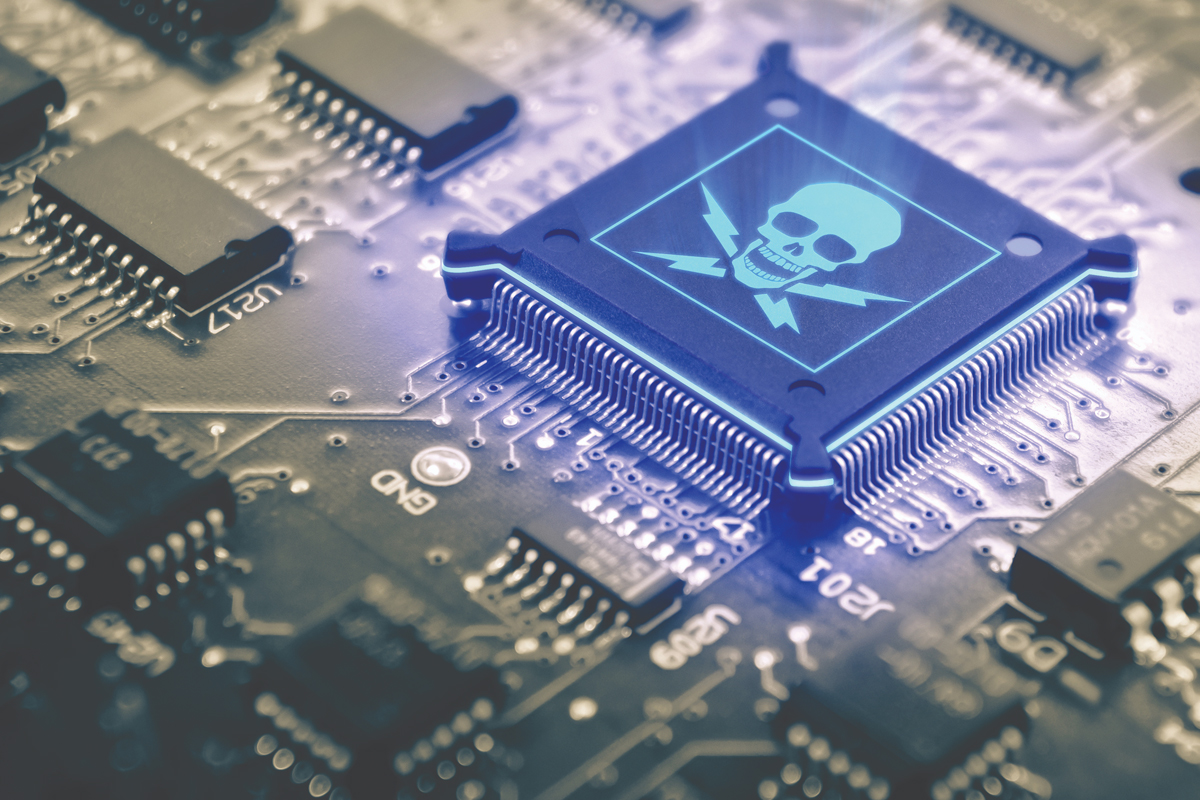 Incidents of counterfeit electronic components dropped dramatically in 2017, according to ERAI Inc., a global organization that monitors, investigates, and reports issues affecting the supply chain. ERAI reported a total of 771 suspect counterfeit and nonconforming parts in 2017, which shows a marked decline from prior years. 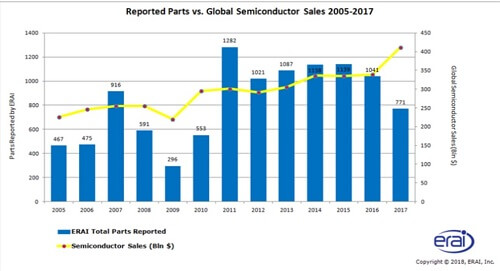 The organization is cautious, however, about drawing too many conclusions from the data. Global semiconductor sales have increased, ERAI notes, and factors associated with the decline in suspect parts could reflect the robust anti-counterfeiting efforts adopted by procurement organizations; counterfeit parts prevented from entering the U.S. through customs seizures and detentions; or the lack of enforcement of government and industry reporting requirements.

“We are closely monitoring various variables to help us determine the actual basis for the rise and fall of reported part incidents, but at this time we are merely speculating,” said Kristal Snider, ERAI group owner and partner at InterCEPT. “We should expect widespread allocations to result in more counterfeit activity. It will be interesting to see how the year unfolds.”

It’s also possible some counterfeiters have reduced their activities due to improved and new counterfeit detection techniques, added Damir Akhoundov, ERAI IT manager. “On the other hand, it may also indicate that more sophisticated counterfeiting techniques are resulting in fewer counterfeit parts being detected and, therefore, reported to ERAI.”

“It will be interesting to see if this trend persists through 2018 or whether the decline was only temporary,” Akhoundov said.

Historically, incidents of counterfeits increase during times of component shortages. When the authorized supply chain reports long lead times and allocation, manufacturers turn to independent distributors that buy and sell devices on the open market. Independent distributors also have a unique perspective on parts that are in short supply.

“We are still seeing strong demand with passives leading the pack,” said John McKay, president of sales for independent distributor Freedom Sales. “The demand is from all regions. Asia specifically has increased demand and is more willing to design in alternates to second source the AVL. We are seeing longer lead times and decommits from our supply chain,” added McKay.

Many independents have taken significant steps to reverse the impression they are vulnerable to counterfeits. Others, however, still actively push counterfeits into the supply chain.

For example, Orange County distributor PRB Logics Corp. has been charged by the U.S. Department of Justice (DOJ) for sale of counterfeit ICs that could have been used in military applications. The indictment alleges PRB principal Rogelio Vasquez acquired old, used and/or discarded integrated circuits from Chinese suppliers that had been repainted and remarked with counterfeit logos. The devices were further remarked with altered date codes, lot codes or countries of origin to deceive customers and end users into thinking the integrated circuits were new, according to the indictment. Vasquez then sold the counterfeit electronics as new parts made by manufacturers such as Xilinx, Analog Devices and Intel.

Lansdale Semiconductor is one of several distributors that specializes in mil-spec aftermarket parts. These businesses are a key line of defense against counterfeits. Lansdale and similar companies buy inventory of end-of-life components as well as their masks and die. Original component manufacturers (OCMs) authorize these distributors to re-manufacture their products.

Dale Lillard, president of Lansdale, notes that measures such as the National Defense Authorization Act continue to push military OEMs and subcontractors to procure from OCMs, franchised distributors, and the authorized supply chain.

“If you are talking about purchasing, all is well and good until a production line is down and the only authorized parts you can get are 26 weeks out,” Lillard said. “Or they could buy off the internet — historically this is the easiest solution to get program management off purchasing’s back. But if the parts are counterfeit the liability is on that [procurement organization].”

Lansdale is currently experiencing an uptick in business, said Lillard. “These are parts that we have but haven’t supported in a long time. But the government has realized if it isn’t careful it could have an [Apollo 1-type] disaster on its hands, so they are coming to us more than in the past.”

Independents such as Freedom have staked their reputations on providing quality parts. “Because of the allocated market there are more instances of product failing testing,” McKay said. “Freedom initially stopped taking passive orders if we didn’t have traceability until we could implement a test policy to protect our customers.”

“Over the past three years we have increased our focus on quality, hiring Sally Arno as director of quality, a 30-year employee of Plexus,” added McKay. “She was tasked with implementing better vendor qualifications and inspection processes in our SOP. Sally is an active member in numerous Counterfeit Standards Committees. G-19, G-19A, G-19CI, G-19D, G-19AD, G-19T, AIA – Counterfeit Parts Integrated Project Team, SMTA/CALCE committee.”

Despite many improvements, the electronic supply chain is far from perfect and many companies continue to rely on reputable independent distributors.

“I was recently seeing a large CM who expressed frustration with a percentage of customers that had a ‘no broker” policy,’ said McKay. “He stated they would wait until they shut the line down to finally agree, only to find out that the inventory was no longer available. The only thing that will make independents ‘go away’ is the lack of quality. My point is, with all the consolidation, mergers and acquisitions, we aren’t going anywhere, regardless of market conditions.”